Columbia River PUD > My PUD > Board of Directors > Board Members

A five-member Board of Directors, elected by the voters within the District, governs the PUD. The Board sets rates and policies and hires the General Manager, who oversees daily operations.

See maps of the PUD’s Service Area and Board Member Subdivisions.

Listed below are the board members, and the areas they serve: 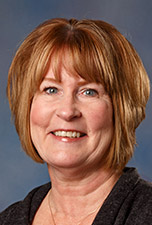 Debbie Reed was appointed in 2017 to represent customers living in Scappoose. Reed is a retired paralegal, and she and her husband Mark have lived in Scappoose since 1981. They have one daughter, Jennifer. They are active with local charities, particularly the Merchants’ Toy N Joy and the Scappoose Share and Care programs.

Reed’s focus as a board member is to continue providing safe, reliable electricity; to find ways to streamline operations to keep rates low; to support programs and services that customers want; and to maintain a safe, positive working environment for PUD employees. 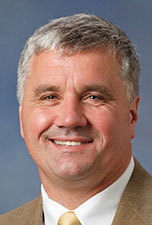 Craig Melton has represented Subdivision 2 customers in Scappoose and Warren since 2015. He is a 48-year resident of Columbia County and served for 10 years on the PUD’s Budget Advisory Committee before being elected to the Board.

“I hope to work with management to provide efficient service, frugal budgeting and transparent leadership for the utility,” said Melton.

Melton is a small business owner and he volunteers for various local groups including Friends of Columbia County Fair, the St. Helens Boosters, and St. Helens Youth Soccer & Football. He and his wife, Ronda, have three children and one grandchild. 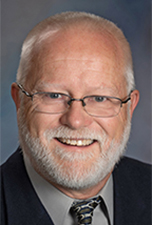 Tayler volunteered with a local 4-H Club for eight years and was the swine superintendent for three years. He and his wife Joan raise cattle, horses, dogs, and cats at their home in Yankton. He has one adult daughter.

Tayler joined the Board because of the amount of growth he is seeing locally, and he wants to be involved in providing safe, reliable, cost-effective service. 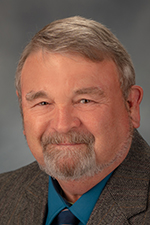 Russell Hubbard represents customers in St. Helens. He has served on the Board since 2022.

Hubbard owns and operates his own construction company. He serves on the St. Helens Planning Commission and as a director on the Northwest Industrial Business Association.

Hubbard lives in St. Helens. He became interested in joining the Board after seeing the support the PUD gives to the people and small businesses in Columbia County. He wanted to be involved in continuing that work as we experience the growth that is coming our way. 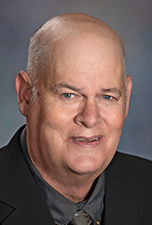 Neal Sheppeard was appointed in 2020 to represent customers living in Columbia City, Deer Island, Prescott, and Rainier. He is retired after 35 years working for the City of St. Helens, where he served as Public Works Director of Operations.

Sheppeard lives in Deer Island. He has three grown children, two daughters and a son, as well as two grandchildren. He joined the Board of Directors as a way to give back to the community and stay active during retirement.

The Board of Directors meets in public session on the third Tuesday of each month at 6:00 p.m. at the PUD office in Deer Island.