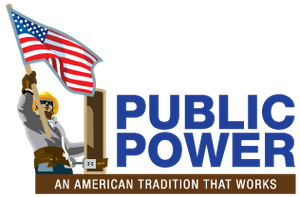 Columbia River PUD is a People’s Utility District, which is a type of special district, similar to a school district or a fire district.

The PUD is locally owned and operated. Voters within the PUD’s service territory select a five-member Board of Directors that sets rates and policies for the utility.

As a community-owned utility, the PUD is part of a public power family that also includes electric cooperatives and municipal utilities.

Here are some of the differences between community-owned and investor-owned utilities.

Not For Profit: Community-owned utilities are not-for-profit entities that exist to provide essential services like electricity and water to their customers.

Cost-Based Rates: Most community-owned utilities, including the PUD, charge cost-based rates. They only raise rates when necessary to provide safe and reliable service for customers.

Local Control: Community-owned utilities are governed by locally elected boards or commissions. Boards are elected by constituents to set rates and policies. We call this “local control,” and it gives customers a voice in how their utility operates.

For Profit: Investor-owned utilities are for-profit corporations that make profits for shareholders by providing essential services such as water or electricity.

Shareholder and PUC Control:Investor-owned utilities are governed by private boards of directors. State utility commissions (PUCs) set their rates. Directors are elected by the shareholders.