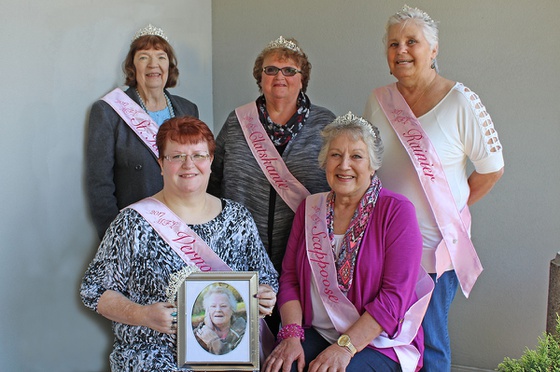 The My Fair Lady Pageant is held during the Columbia County Fair & Rodeo each year to recognize senior women for their outstanding service in our community. This year’s pageant will be held at 1 p.m. on Wednesday, July 19, as part of Senior Day. Columbia River PUD and the Retired Senior Volunteer Program are sponsors of this year’s pageant. 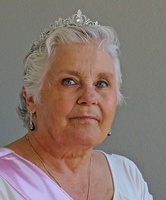 Margaret Brady, Rainier – Margaret was born and raised in Devils Lake, North Dakota. She moved to Columbia County in 1976. She is married with five sons, four daughters, and eight pets, or as Margaret refers to them, “fuzzy people.” She has 18 grandchildren, and three great-grandchildren – with two more pending. She went to school in Webster, North Dakota, and Fargo, North Dakota. She has volunteered with Beaver Homes Grange since 2004, with the St. Helens Moose since 2013, and with the Red Cross. She’s been involved with the sewing club and the Ralph Painter Dinner. She has worked as a wife and mother since 1962, as a bus driver in Rainier from 1977-1987, and at Trojan Nuclear Plant from 1985-2004. She enjoys jewelry making, sewing (blankets and such), gardening, cooking, and spending time with her kids and grandkids. Her most treasured memory has been watching her grandchildren be born. 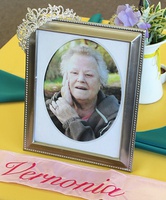 Penny Dean, Vernonia – Penny Dean was born and raised in Vernonia. She spent some time living in Springfield and in Dexter, Oregon. Penny was widowed. She was the mother to a daughter and a son, and a grandmother to two boys and one girl. She went to school in Vernonia. Her hobbies included crafts, camping, trips to the beach, family, volunteering, and church. Her most treasured memory was growing up in Vernonia and seeing the changes that have come to this community. She volunteered for the Vernonia Cares Food Bank from 1996 to 2017. She worked for the Vernonia School District for 30-plus years before retiring in 2000. She also worked in production for Viewmaster. After accepting her nomination as a My Fair Lady Princess, Penny passed away. Her daughter, Tina, is participating on her behalf. When asked about Penny’s most treasured memory, Tina recalled her mother’s laugh and smile. 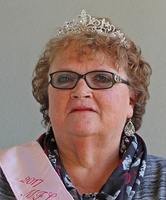 Ruth Donaldson, Clatskanie – Ruth was born in Longview and raised in Clatskanie, where she has lived almost all her life. She attended Clatskanie Elementary and graduated from Clatskanie High School. She lived in Colorado for two years. Ruth and her husband have four sons, 16 grandchildren, and three great-grandchildren. Her hobbies include scrapbooking, genealogy, sports, cooking, and volunteering. She has been involved with Clatskanie Baptist Church since 1951, teaching Sunday School, serving on the Christian Education Board, leading bible study, and hosting women’s ministry. She has volunteered as a Head Start state and regional representative, with Clatskanie Little League, Babe Ruth Baseball, the Boosters, and the Senior Center. Beginning in 1979, she has been a foster parent to more than 75 foster children. She’s worked as a dairy farmer, owned and operated a day care, owned a restaurant, owned a vintage shop, and was the center manager for Head Start. Her longest-tenured job has been as a wife, mother, and grandmother, beginning in 1965. She says her most treasured memory is split between two days: Her wedding day in 1965, and her 50th wedding anniversary in 2015. 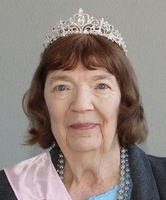 Claudia Eagle, St. Helens – Claudia was born in Seattle and raised in Northeastern Washington. She has lived in many places in Washington and Oregon, moving to Columbia County when she married in June of 1967. Claudia and her husband have one daughter and one son, with three grandchildren. She graduated from Warrenton High School, then attended Willamette University, Pacific University, Portland State, and OHSU. She enjoyed teaching, loves music, enjoys meeting people and listening to their experiences. She has volunteered with her church her whole life, with Kiwanis since 2001, and was the Pacific Northwest Kiwanis District Young Children Priority One Chair from 2009-2013. Claudia also started volunteering with the Columbia County Transit Citizens Advisory Committee last year. She was one of Oregon’s first elementary school counselors. She’s served on the Presbyterian Church USA Committee on Ministries, and was one of six delegates on the Presbyterian Church USA General Conference in 2012. Her most treasured memory was meeting her husband, Bill, and getting to know him. 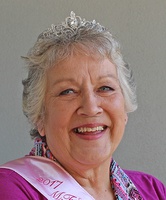 Alta Lynch, Scappoose – Alta Lynch was born in Clintonville, Wisconsin. She moved to Oregon at age 11. She graduated from Redmond High School and moved to Columbia County in the early 1980s. If she had to choose her most treasured memory, she’d choose spending time with her dad after school training horses under his guidance. Growing up, Alta wanted to be a truck driver at a time when women were not in that field of work. Her dad told her she could do it, and she started doing so in 1977. She owned and operated her own trucking company until 2016. Earlier jobs included training reindeer for Operation Santa Claus, moving brahma bulls, and delivering papers on her Shetland pony in Prairie City. For the last 10 years, she has been devoted to helping veterans and their families. Currently, she volunteers with VFW Auxiliary, the St. Helens Elks Lodge, and the Elks Veterans Bunker. She was awarded the 2014-15 Elks National Veterans Volunteer of the Year Award, and the 2016 South Columbia Chamber of Commerce Community Impact Award.