May 22, 2017 – Columbia River PUD will honor Sen. Betsy Johnson with a new substation to be built near the Scappoose Industrial Airpark. The PUD’s Board of Directors voted unanimously in favor of the name “Betsy Johnson Substation” at their May 16 meeting. 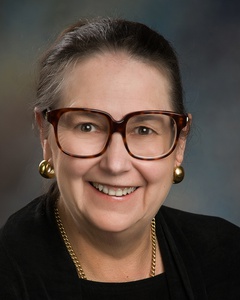 Sen. Johnson is a driving force behind the development slated for the airpark area. She helped secure $7.5 million in funding from the Oregon Legislature for the Oregon Manufacturing Innovation Center (OMIC).

“I’m honored by the PUD’s gesture to recognize my contributions to the economic well-being of Columbia County. However, the new opportunities at the airport are the culmination of a lot of partnership efforts,” Johnson said. “There is a team working to make the OMIC dream a reality. I am proud to be part of that greater group.”

OMIC is a partnership between industry, higher education, business, labor, and government for manufacturing technology. Portland Community College plans to build a campus in the area and will offer apprenticeship programs for OMIC. Other industrial and manufacturing developments are also in the works.

Since the 1980s, Johnson has recognized the economic development potential of the airpark. She worked to protect the land for future development, and helped identify the OMIC opportunity.

“Betsy is a big reason we are seeing economic growth in the Scappoose area today,” said PUD General Manager John Nguyen. “There is not a more deserving person to name our new substation after.”

Johnson has also been a longtime advocate of Columbia River PUD. Her legislative efforts have supported community-owned utilities like the PUD. The Oregon People’s Utility District Association honored her with its Rock Solid Award in 2013.

This will be Columbia River PUD’s ninth substation. Construction will begin later this year, and the PUD anticipates energizing the substation by early 2019.