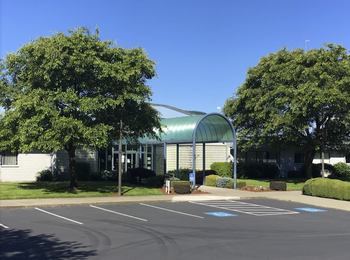 August 17, 2017 – At their August 15, 2017 meeting, the Columbia River PUD Board of Directors adopted new rates. These rates will take effect for all bills rendered after October 1, 2017.

“I don’t like to have rate increases. I don’t like to see them on my bill either. I think we came up with the best option, taking into account our seniors and our low-income customers,” said Board Member Debbie Reed.

Cost Drivers for the Rate Increase

The rate change is primarily a response to increased rates from Bonneville Power Administration (BPA). BPA is the PUD’s wholesale power provider.

In July, BPA announced it would increase costs for the PUD beginning October 1, 2017. The cost of power services is increasing by 4.29%. Transmission services are increasing by 0.37%.

“Load growth in Scappoose will require us to build a new substation,” said General Manager John Nguyen. “This will mean an increase in our near-term capital budget.”

Earlier this year, the PUD hired EES Consulting to conduct a Cost of Service Analysis (COSA). The COSA was performed in conjunction with BPA’s next rate period, October 1, 2017, through September 30, 2019. The COSA found that under current rates, the PUD was not collecting enough revenues to meet its revenue requirements.

“This rate change gets us closer to cost-causer, cost-payer. It doesn’t get us there as aggressively, but it gets us closer,” said Board President Jake Carter.

Energy Charge: A variable charge to cover the cost of energy used in the billing period. Measured in kilowatt-hours (kWh).

Customer Charge: A flat fee to cover the fixed costs of operating the utility. Examples include the office building, billing and metering systems, taxes, and debt service.

Demand Charge: A variable charge for the highest rate of electric use during the billing period. Measured in kilowatts (kW). It covers costs for maintaining the distribution system. This includes poles, wires, substations, trucks, and operations.

“Through all the discussions, our goal was fairness and making sure the customers are treated right. We must also generate the revenue that is necessary to operate the PUD in a reliable and responsible manner,” said Board Member Rob Mathers. “Those were the guiding principles to my way of thinking. What has been recommended is a reasonable approach to this.”